I’ll be posting this short story in a few installments, weekly. Woukd love to have your feedback on it, pretty please?
Part 15:

He just wanted to please her, to obey her commands. That thought alone baffled him, the fact that he was willing to abide to her will without even thinking on it. There was only one woman to whom he had felt complied to obey like that… and she was his boss. Was this girl an enchantress? Why was he so defenseless near her? He could not find answers to those questions that crossed his mind.

Soon enough, her body was bare underneath his hands. Such a fragile frame she had, when in comparison to his size. He began his shameless expedition throughout her sinuous figure, plump to the perfect extent of his liking, tracing circles and spirals with fingertips and warm breath. He wanted to cover her in kisses. Thus, he began by focusing his attention on her breasts once more, this time more lovingly and slower than before. Round, full, rosy breasts; the darkest area of her aureoles and nipples hardened with arousal.

The girl’s breathing was shallow and quick, almost synchronized with his ministrations on her and that alone kept him focused on his surroundings. The race down her torso matched the speed of his heartbeat and the intensity of his lust. Though he was finding that there was something else lurking behind that aching desire to be physically closer to her than ever before.

Roles inverted now, when he began spreading her legs, a little forcefully as her shyness and modesty crept to the surface of her now sexually-driven mind. The young man chuckled, noticing the rush of blood on her cheeks and feeling her skin crawl as he brushed the back of his hands softly down her inner thighs, nearing her most intimate of places. He could feel the heat emanating from her core, undeniable proof that, though embarrassed and shy, she wanted him. His hands surrounded her bottom while his thumbs neared her labia.

The man faced a decision now: whether to approach her with hands or mouth first. Pondering on it as he enjoyed the view of the outlines of her swollen, flushed and moist sexuality and the scent of her arousal, his intakes of breath were already stimulating her insides. The girl felt him closing in on her slowly, her body responding to the teasing by rushing all her blood to the area surrounding her clitoris. As sudden as a car crash, his mouth and hands descended simultaneously upon her, covering the full extent of her womanhood. 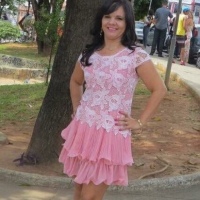 Breakfast. Travel. Discover. ~ how do you like your eggs in the morning | i like mine with a kiss

Where words become an art of medium..!!